​
​In 2014, Soror Barbara Milam Gray envisioned the establishment of a new chapter in the Inland Empire region of Southern California. Due to the region's vast size and rapid population growth, she recognized the need for additional service. On February 17, 2015, Soror Gray met with Soror LaWeeda Ward and discussed the idea of chartering a new chapter in the Inland Empire. Soon after, the two were joined by Soror Sheryl Hunter and the three became the initial steering committee. Together they worked diligently to begin the chartering process.

Soror Ward graciously extended her home for the first gathering of interested sorors that took place on Sunday June 14th, 2015. This group of sorors quickly grew in number and the steering committee expanded to include Sorors Lavonna Asbell, Mary Brown, Meg DeLoatch, Sheri Lawrence, Jessica Magee and Marian Williams.
​
After five years of working through the chartering process and overcoming obstacles, The Inland Valley Alumnae Chapter was chartered on Sunday, May 17, 2020 by 50 dedicated women who are committed to serving the communities of the Inland Empire.
Due to the Covid-19 pandemic, the Inland Valley Alumnae Chapter became Delta Sigma Theta Sorority, Inc.'s  first chapter to be chartered via a virtual ceremony. The chartering ceremony was officiated by our National President and CEO, Beverly E. Smith and the entire National Executive Committee was in attendance.
Charter Members 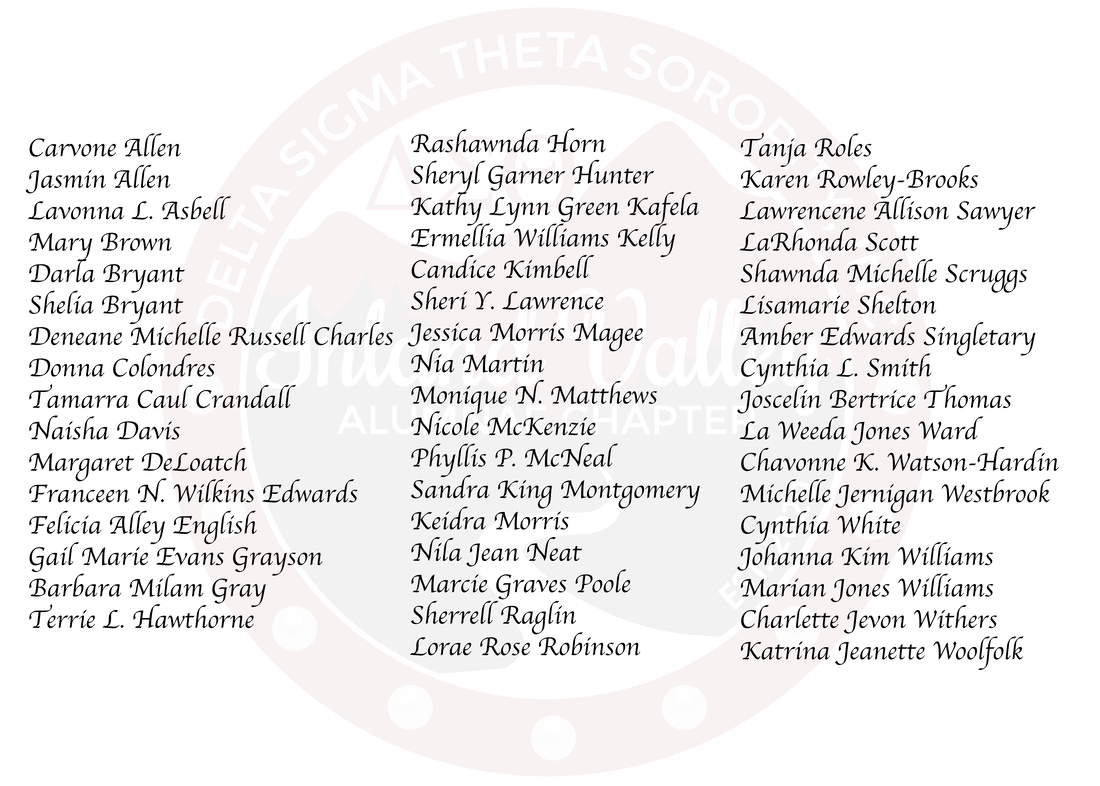